Here are our pics from the event!

May 5  Saint Luke’s  Glasgow, Scotland – Walter gets lost looking for parking (He knew where he was, no one else did) And St. Lukes had a HUGE Disco Ball (Europe’s 2nd Largest)

May 6 Union Chapel London, England – First time Colin Opens for David and slays with Major Tom cover
May 8 Rockhal  Luxembourg
May 9 Melkweg  Amsterdam, Netherland
May 10 Gloria  Cologne, Germany – Amazing Beer Garden and Brathaus inside complex
May 12 La Cigale  Paris, France – We actually got to sit at this amazing theater
May 14 Barts  Barcelona, Spain

Born and raised in New York City, Duchovny attended Princeton University (where he played one season as shooting guard on the school’s basketball team), received his Masters Degree in English Literature from Yale and was on the road to earning his Ph.D. when he caught the acting bug.

Since THE X-FILES debuted, millions and millions of self-proclaimed “X-Philes” spent their Sunday nights wide-eyed in anticipation as their hero, the brilliant and sullen FBI agent Fox Mulder,  explored cases deemed unbelievable or unsolvable by the Bureau.  Duchovny’s remarkable performance on THE X-FILES earned him the title of “Zeitgeist Icon” by Laura Jacobs in The New Republic and “the first Internet sex symbol with hair” by Maureen Dowd in The New York Times.

25 years ago today The X-files appeared on our televisions. It was 1993 and and Mulder and Scully have definitely made an impact on my life. Thank you David Duchovny, Gillian Anderson, Chris Carter, Mitch Pileggi and all involved in the series for giving us 25 great years. Special thanks to all Phile and Duchovniac friends that helped me write the new song parody. JOY TO THE WORLD INDEED

Wish i was still on set playing with the crew and getting snacks all day long! Happy 25th Anniversary @thexfilesfox! #Xfiles25 pic.twitter.com/ajKHrrfOgx

Thank you to all the fans for 25 years of support! #Xfiles25 pic.twitter.com/mqE8rIBIc6

Mulder was chasing Monsters Scully
Followed him on his quest
They tried to save the world from the aliens
But Scully still didn’t have a desk
Why didn’t she have a desk?

Then came along the smoking man
The Syndicate came after them too
Skinman was their boss and tried to help them out
But what happened to Dagoo?

Joy to the world
Philes across the world
9 minutes of MSR would be really nice
Joy to magnetite!

THANK YOU TO ALL OUR FRIENDS AND FANS EVERYWHERE!!!
THE JOURNEY CONTINUES – NEXT STOP ORLANDO OCTOBER 2018

Wonder why this vid is SOOOOO popular??? Lol

It is always cool to talk to these guys. We always get some morsel of original content. Trick to interviews going well? Just have a conversation. No agenda needed. Just listen and respond. Be curious. These guys open up so easily when you avoid sensitive topics. We never need to hear another moderator/interviewer ask “do yoi believe in aliens”. Actors love talking aboit their craft, fun on set etc, not fan fantasies.

We had an amazing weekend driving to and from Chicago and all of the events at the 2018 Wizard World. Here are some videos of the panel with David and Gillian. These two are always best when alone, as much as I love the other cast members. This particular MC was great as well, keeping some awkwardly forward questions in check and moving discussion forward.  More at our sister site INDIEFANGIRL

We will see you all in Orlando this October. Sadly the Secaucus NJ event is cancelled HOWEVER keep following, as we are trying to get an event together. 100s had planned to invade the New ork New Jersey area in November and we hope to give you something fan related to enjoy!!!

The featured photo above was our group pic with David.

Earlier this Summer we had fun in Montreal

ast Day in Brisbane, when the Mitch’s (David’s Bass player) Cousin gave us a private tour of hiking path and beach near Brisbane.

Backstage with David Duchovny and the Band Vienna, Last stop of European Tour May 2016 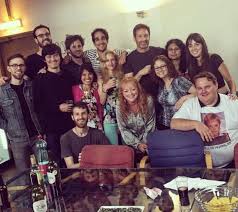 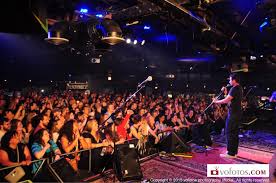 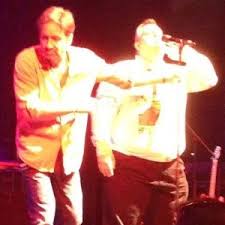 David and the Band Surprised us before the show 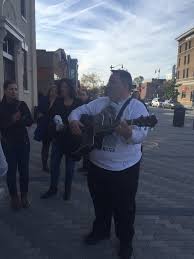 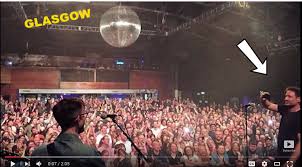 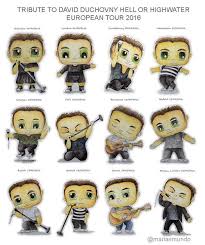 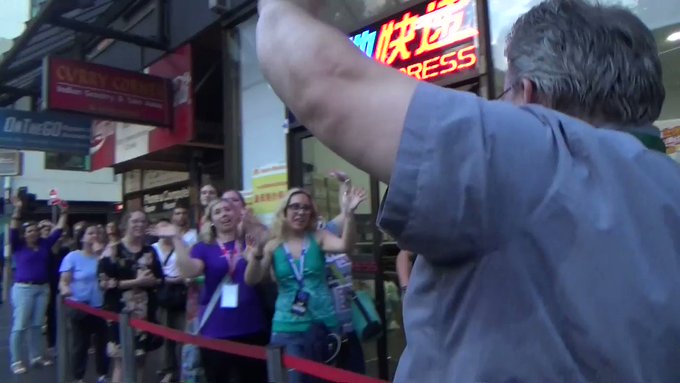 Running down the line yesterday in #Melbourne… wait for it!

We’ll see everyone in #Sydney TONIGHT for the @davidduchovny #concert

MANY DUCHOVNIACS ON STAGE IN BARCELONA